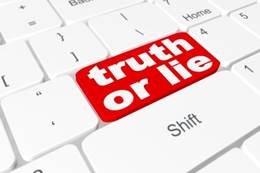 By Maureen McGrathJuly 28, 2015No Comments

After I posted last week’s blog What to do About Low Libido from Vaginal Dryness, I was inundated with comments. One comment from a Doctor in India, caught my eye as it was about a herbal cream option to help manage vaginal dryness. Intrigued for sure, I wanted to learn more so I replied. He responded by saying that he was an “MD Doctor” and that his father was an Ayurvedic Doctor and Sexologist in India with more than thirty years of experience.

Ayurvedic health care is a system of traditional alternative Hindu medicine native to India. Although some laboratory experiments have found that some of the substances used may be effective it is still considered pseudo-scientific to the modern world of scientists and health care practitioners. In addition, there was a time when some of the so-called “natural” medicines sold on-line were found to contain dangerously high levels of lead, mercury and arsenic.

I told him that I was a registered nurse who specialized in sexual health. He was surprised by this as he was under the impression that I was a patient. It was with trepidation that I agreed to answer another one of his questions. I was a bit nervous; given my field of work because I thought there was a risk that he might ask me an inappropriate question. Believe me; it has happened more than once before.  To say I was not surprised to learn of that which he wanted from me is an understatement.

He was planning to work in Canada but did not have the license to do so and he allegedly wanted to work in a hospital, where he supposedly planned to study for the licensing examination. He wanted me to help him get to Canada. How could I have been duped like this? Next he will be asking to borrow $100,000 dollars.

Needless to say, I did not respond to his request and removed him immediately as a connection on LinkedIn. To begin with, no longer do I believe that he is a doctor, nor that he knows of an herbal treatment for vaginal dryness. If he did, given the poor evidence of Ayurvedic medicine, it is doubtful it would work and quite possible it would cause harm. I realized initially he thought I was a patient in need of his help, which would have made me vulnerable and more likely to fall for his offer of help.

Many people are lured in by people they meet online whether it be for the purposes of dating or finding a cure for a medical condition. But the truth is that many people need to have more “Dis-Ease” while on the internet. The hacking of Ashley Madison’s dating site for married people is a hard lesson for men (only male members pay the $69.00 fee) to learn that nothing online is safe and after this experience, I realized that very little online is real.

This little internet lesson taught me that we need to have our guard up whenever we are online. Needless to say, when I surfed the net for this amazing vaginal cream from India, I came up short.

So, if vaginal dryness is an issue for you and especially if it is impacting your libido, it is best to use treatments for vaginal dryness like personal moisturizers and lubricants that are approved for use in Canada because they are safe and effective. This is the only sure-fire way to get back to the bedroom.