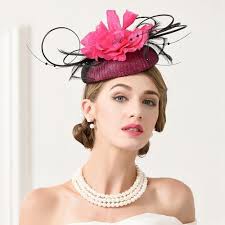 By Maureen McGrathJanuary 20, 2017No Comments

Much like the gracious and elegant former FLOTUS Michelle Obama, I was shaken to my core when I heard the now President Trump (if you can believe that) say he could kiss, grope and basically molest women. Apparently we let him because he was a star. Nothing could be further from the truth. There is not a girl or woman on this planet who would invite sexual assault from anyone regardless of their perceived sense of grandiosity. Not even you our new POTUS.

The picture of the now POTUS and Billy Bush flanking Days of Our Lives star Arianne Zucker unaware of just how disrespectful they’d been only moments before which were caught on a hot mike saddened me and still makes my blood boil. I can’t get this picture out of my mind. Women no longer can trust that we will be considered if we ever thought we were, equal to men.

Fat. Pig. Ugly. Bitch. Retarded. Grab Them By The Pussy. From beauty queens to business leaders, mothers to media personalities, these are just a few of the myriad of degrading and derogatory terms he’s called women over the years and during his campaign. He even claimed during an interview with Howard Stern that he could have gotten it on with Princess Di. Really? Who is this womanizer?

In one of his many lawsuits, he called a breastfeeding women “disgusting” when she requested a court recess to feed her baby. He went so far as to comment on his own daughter’s body referring to it as “great and voluptuous” at the tender age of twenty-two. Cringeworthy. If that’s not a set up for Daddy issues, nothing is.

When I was considering heading to Washington, D.C., for the Women’s march, I mentioned to a Republican friend who lives in the D.C. area that I may be there on inauguration weekend in hopes of getting together for lunch, mindful not to mention the walk.  “I’m very supportive of this administration,” she said.  Needless to say, no invitation for lunch.

I do not understand how any woman could have voted for Donald Trump.

The US Presidential election of a sexist, misogynist, ant-gay, anti-muslim, anti anyone who is not a white penis carrying member of the Republican party or Russia has not only come between friends, it has also divided a nation.

The empty seats at an inauguration coupled with the protests today are sad, heartbreaking and unprecedented (or shall I say unpresidented?). Americans and their friends around the world are upset and understandably so. Downright worried. Worried about jobs, gender and racial inequities, LGBTQIA, health care, environment, immigration, peace in the Middle East and women’s reproductive rights.

Thankfully, many women didn’t vote for him. Women are not buildings as the POTUS once compared us to in his business bible,  Trump 101: The Way to Success. Rather, we millions of women who will pound the pavements of an inordinate amount of North American cities building solidarity for our long overdue walk for success.

So why do I walk? I walk  as a reminder all that women’s rights are human rights.

“We cannot walk alone. And as we walk, we must make the pledge that we shall always march ahead. We cannot turn back.” Martin Luther King

Please join me and thousands of your sisters in Vancouver tomorrow morning.

The Vancouver march is scheduled for 10 a.m.-noon to coincide with the Washington event.

It begins at Jack Poole Plaza for speeches before moving to the U.S. consulate at 1075 West Pender, then on to the Trump Tower at 1161 West Georgia, before returning to Jack Poole Plaza.

Maureen McGrath hosts the Sunday Night Sex Show on Newstalk 980 CKNW. A sought after speaker and TED speaker, she is an RN in women’s health and is passionate about raising awareness and ending male violence against women. She is in clinical practice in Vancouver and North Vancouver, British Columbia. Her website is backtothebedroom.ca. Follow her on twitter: @back2thebedroom

Maureen is Keynote speaker at The Birth Fair on February 25 & 26, 2017 at the Cloverdale Agriplex in Surrey, British Columbia.