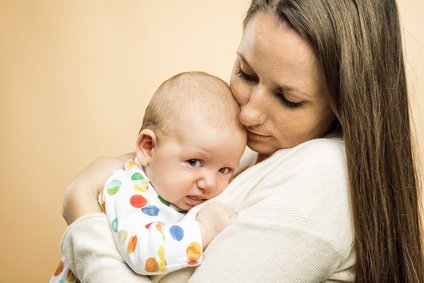 Who Knew My Uterus, Vagina and Sex Life Were Tied Together?

Stacy, a 35 year old mother of three, noticed that her periods were seemingly lasting longer than ususal and that she was also bleeding in between. With her job both in and outside of the home, raising her children and helping out with her aging parents on top of what seemed like endless bleeding, Stacy was becoming exhausted. It seemed with this exhaustion, everything was at risk including her relationship with her husband. It had been months since she and her husband had been sexually active.

Stacy got an appointment with a gynaecologist who diagnosed her as having fibroids. Fibroids are abnormal growths that develop in or on a woman’s uterus. There is very little understanding as to the reasonbeyond hormones and family history that fibroids develop but about 70-80 percent of women will develop them before the age of fifty.

Women who have been pregnant, have a famly history of fbbroids, are overweight and/or are of African-American descent are at greater risk for development of fibroids.

It turns out that Stacy was experiencing one of the most common symptoms of uterine fibroids which is heavy bleeding during periods or between your periods that includes blood clots.

pain in the pelvis and/or lower back
increase in menstrual cramp
increased urination
pain during intercourse
menstruation that lasts longer than usual
pressure or fullness in your lower abdomen
swelling or enlargement of the abdomen
Stacy’s doctor performed an ultrasound to diagnose her with fibroids.

She then prescribed a medication to regulate her hormone level at an attempt to decrease the fibroid. The first medication she tried was Lupron a Gonadotropin-releasing hormone agonist, so her estrogen and progesterone levels would drop. drop. This will eventually stop menstruation and shrink fibroids.

Other options that can help control bleeding and pain, but will not shrink or eliminate fibroids, include:

an intrauterine device (IUD) that releases the hormone progestin
over-the-counter anti-inflammatory pain relievers, such as ibuprofen
birth control pills
Since this did not work very well, Stacy’s doctor decided to try a new medication called Fibristal as Stacy was a candidate for surgery given the location of her fibroid.

Fibristal is a selective progesterone receptor modulator. It is used to treat moderate to severe signs and symptoms of uterine fibroids in adult women who are in their child-bearing years and who are eligible to have surgery to treat the condition. By blocking the effect of progesterone (responsible for fibroid growth) on the lining of the uterus, the fibroid shrinks. Any pain associated with a fibroid is relieved once it shrinks. Heavy menstrual bleeding usually stops within 10 days of starting this medication

Fortunately, Fibristal worked for Stacy and she did not require surgery. Within a few weeks of starting Fibristal, Stacy’s bleeding has stopped and she begain to feel like herself again. Her sex life resumed and her quality of life improved!