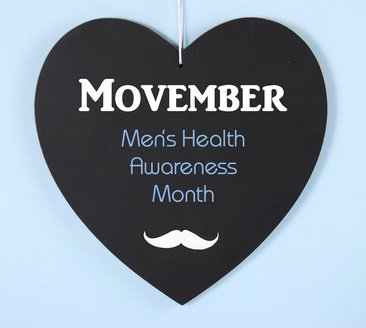 By Maureen McGrathNovember 16, 2015No Comments

Given that it is Movember, I thought it appropriate to head below the belt to put the focus on men’s health. I was very intrigued to review the Prostate Cancer Control in Canada: A System Performance Spotlight Report (produced by the Canadian Partnership Against Cancer) that revealed more could be done to help patients understand this disease.

The side effects of urinary incontinence and erectile dysfunction are so significant and life altering with the traditional treatments for prostate cancer it is important that doctors are not overzealous in treatment, especially in low-risk disease. If there is a chance that a man could be watched through “active surveillance” through blood tests like the Prostate Specific Antigen (PSA), biopsies, and rectal exams, that is a lot better than the risk of losing erections and leaking urine.

Furthermore, this report stated that the eastern provinces fared better in offering men the treatment option of active surveillance than British Columbia.  Since I work with many of the brilliant and esteemed urologists (doctors who treat prostate cancer), I knew I needed to get to the bottom of some of the findings in this report. So, I invited one of the top urologists in the world, a local urologist Dr. Peter Black (of the Prostate Center at Vancouver General Hospital and a consultant to BC Cancer Agency) onto the CKNW Sunday Night Sex Show to talk about this report and make some sense of it.

Dr. Peter Black said there were many administrative reasons for interpretation of the results of the report across the provinces. The problem with the reported results was the design of the report.  The issue was the variation of treatment for men with low-risk prostate disease across the country. For example, the way the numbers were captured and entered in the report matters; the report only captured patients in BC referred to  Cancer Centres and that does not account for ALL men in British Columbia with low-risk disease.

Gleason scores and PSA blood tests, both important risk factors in determining whether patients have low-risk disease or not, were not included in the report. The good news is that more than half of the men across the country are now being treated with “active surveillance” for low-risk disease. “In fact, we are doing much better than our American cousins where they are only beginning to figure out that these patients should not be treated,” said Dr. Black.

Dr. Black also said that many men are overwhelmed with the diagnosis of cancer and often do not even hear him when he educates them about the possibility of loss of erections and urinary incontinence.  We also discussed the use of medications like Viagra, Levitra, Cialis and/or Staxyn, PDE5 inhibitors used to dilate blood vessels commonly prescribed after prostate surgery. The theory is that increasing blood flood to the penile tissues, post-operative, nourishes the nerves and therefore lost erections may return sooner.

Dr. Black confirmed that education is key and that we as health care providers can never educate enough and information may need to be repeated to improve prostate cancer treatments, health outcomes, and potential side effects. Active surveillance is one of the treatments for low-risk disease. Months like Movember are critical in raising awareness about prostate cancer and other men’s health initiatives.