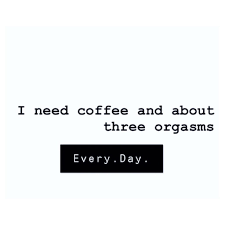 Wake Up! Why Safe Sex is Important

By Maureen McGrathJuly 17, 2019No Comments

Now this is a good day. We all know that sex is amazing, especially when sparks fly between two people. That said, we still need to practice safer sex especially in the heat of the moment.

Although syphilis, a bacterial infection, treated with antibiotics is an uncommon Sexually Transmitted Infection (STI), a rate increase of 305% in Edmonton, Alberta is a wake up call.

Why the rise in Syphilis? One reason is that we have increased access to STI testing which will uncover more cases.

Let’s face it, sex is more pleasurable without a condom. Plus HIV is a now considered to be a chronic disease vs. a death sentence so we’re more relaxed.

There are high risk populations; men who have sex with men. They are males who engage in sex with other males regardless of how they identify. They might be married to a woman but keep their extramarital affairs secret.

Extramarital affairs are on the rise & may be the only area where women are gaining gender parity. 19% (F) vs 24% (M).

Women need to be on high alert as it is associated with a significant rise in congenital syphilis which can lead to neurological damage & death in their baby.

Casual sex dating apps have contributed to the rise along w/ ChemSex making people less inhibited & less likely to practice Safer Sex. Time to wake up. Let’s talk about this. Coffee anyone? Talked with host J’Lyn Nye on 630 CHED today. Tune in here: