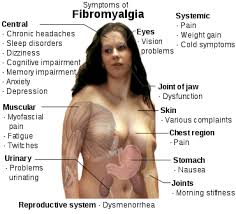 Tired, Depressed, Memory Issues & In Pain? What’s Up With Jane?

By Maureen McGrathOctober 3, 2019No Comments

Jane, who appeared clinically depressed, presented to my clinical practice for intimacy issues in her marriage. A 30 something married, mother of three, she worked part-time outside of the home.

Jane was beyond the “normal tired” women experience when raising children and working. She also wasn’t sleeping which affected her mood and her memory.

Jane’s pain was diffuse which would naturally lead to low sexual desire. When I probed further with my nursing assessment, I learned she also had bladder issues (frequency) and was sensitive to noise and temperature.

She thought it was due to her busy life. I thought something else.

Her husband was unhappy and impatient with her. Fed up with her complaints and moods, she said. This of course caused friction her marriage.

I suggested she see her family doctor for a physical examination where she was diagnosed with Fibromyalgia based upon her symptoms as there is no specific diagnostic test.

Fibromyalgia, characterized by chronic widespread pain and a heightened pain response to pressure is sure to impact intimacy.

All of the symptoms Jane was experiencing were indicative of diagnosis of Fibromyalgia and may also include restless legs syndrome, bowel issues, numbness and tingling, sensitivity to lights.

A central sensitization syndrome, fibromyalgia is thought to be caused by genetic and environmental factors such as stress, trauma and/or infection. It has both a genetic and familial component as well.

Fibromyalgia is a chronic disease that affects 2-8% of the population. Rates in women are twice those of men.

Treatment recommendations include increasing sleep, regular exercise and a nutritious diet, stress management. Cognitive behavioural therapy (CBT) has been shown to be beneficial. Medications may be warranted including pain medication.

Although he didn’t want his wife to have a medical condition, on some level he was happy there was a reason for her physical issues, low sexual desire and other complaints.

I often say to my patients that it is the responsibility of each person of a couple to seek the help they need medically and to take care of themselves. Once Jane’s fibromyalgia is under control, she can work on increasing the intimacy in her marriage.