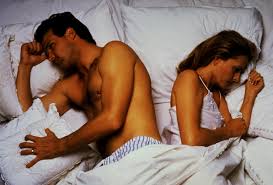 The Problems With Sex – Conversations That Matter

By Maureen McGrathMay 10, 2017No Comments

Viewing my TEDx talk on the Sexless Marriage prompted Stu McNish of Oh Boy Productions in Vancouver, British Columbia to invite me to his studio to talk about sex or moreso, “the problems with sex.” I was more than excited to oblige.

A consummate interviewer, Stu got right down to it inquiring about the sexual frequency of the millennials versus the menopausal. This was where I got to dispel some myths. Everyone thinks the millennials are having great sex. This flies in the face of conventional wisdom. The research doesn’t support this and most millennials have less sex than baby boomers. That’s in part because we associate sex with youth. Not true.

We live in such a sexualized society yet we remain prudish on the prose around sex. Because the subject of sex remains taboo, many people struggle with talking about it. Couples who may have been together for years suddenly go silent when struggles emerge between the sheets. From vaginal dryness to unresolved conflict, erectile dysfunction to anorgasmia, low sexual desire to division of household chores, fatigue, finances and infidelity, the problems with sex are endless and can wreak havoc on relationships.

When technology is the preferred bedfellow to a spouse, the same brain chemicals are released and provide pleasure equivalent to a good romp in the hay. There are other dangers too. You can be whomever you wish….on line. And you can cheat with someone you’ve never met…..on-line. And in this era of technology, it’s never been easier to cheat…..or get caught. And….and…and….

Couples over the age of 50 can have their best sex ever as many women’s sexuality awakens at this time of life. Many people especially women overcome their body image insecurities, free themselves from religious sex shrouds and have enough sexual experience (or not) to know what they want.

Although much of the advice around a good sex life centres on leading a healthy life through lifestyle, diet and exercise to increase blood flow, important for sexual function, there’s clearly a need to add variety to spice things up especially in the long term relationship. Vulnerability and the willingness to explore is integral to a great sex life. Dirty talk has never been more important.

Since my interview with Stu aired, I’ve had countless emails from people recounting their sexual struggles. For the most part, it has been men reporting a frustration about things going down in the bedroom. Well everything except for them. Pun intended. Their wives no longer want to have sex with them!

The inclination is to blame their spouse but I am quick to point out that there may be one of many reasons their wives do not desire sex with them. Irritability, anger, depression, excessive alcohol consumption, substance use/abuse, workaholism, pornography, children, infidelity, weight gain and/or erectile dysfunction are just some of the many turn offs for women. One must take a look at themselves first. Blame is shame.

Men get turned off too and when a man doesn’t desire sex with his wife, she may feel unloved, undesirable and lonely. The karyon of this may be his low testosterone level, depression, cannibis or erectile dysfunction. That said, he may no longer be attracted to his wife if she has gained weight. Or he may be getting sex elsewhere. It may sound shallow but this is no time to get offended. It’s time to do something to help yourself and your marriage.

The fifty something crowd contacted me to say their sex life came to a screeching halt because of painful sex due to vaginal dryness. Many women opposed to taking any form of medication are unaware that not only are there hormone-free personal moisturizers, but a new laser therapy called Mona Lisa Touch is also available.

At the end of the interview Stu asked for my best advice. That is such a difficult question to answer because there exists an exorbitant amount of problems with sex, and just as many answers.

Listen to your partner’s concerns about your problems with sex. Your partner’s sexual problems are your problems. If you don’t listen and deal with any sexual dysfunction, you may find yourself with relationship problems. To listen to a Conversation That Matters with Stu McNish, here’s the link: The Problems With Sex

Maureen McGrath hosts the Sunday Night Sex Show on News Talk 980 CKNW, is an avid blogger and an ardent feminist interested in equality. She shaves her legs, loves men and can take a joke. Her TEDx talk has had over 2.7 million views. She is in private practice in North Vancouver and author of the book: Sex & Health:Why One Can’t Come Without The Other. She is Executive Director of the Women’s Health Initiative Network. She loves Conversations That Matter About Sex.