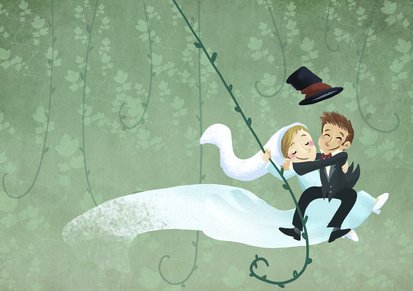 Newlyweds Darla and Frank were having trouble consummating their relationship due to Darla’s vaginal pain. They were very much in love and had an obvious connection. Her dating history comprised of very few boyfriends whereas he, on the other hand, had had many women. Nonetheless, both were committed to the relationship and wanted it to work out.

Vaginal pain is a very common condition and occurs in about 16% of women. There are a number of reasons for vaginal/sexual pain which can include:

Yes, sex may be uncomfortable after a protracted period of time without intercourse; however lubricants during sex can help, but this was only part of Darla’s problem.  Not only had Darla been inactive sexually, she was also experiencing vaginal dryness because she was post-menopausal (which is common). Vaginal dryness affects approximately 50% of women who are post-menopausal.

I know what you are thinking! We often make assumptions and it would be easy to assume that newlyweds were young. But this couple was in their eighties, had been married for eight months after having met at the “formerly together” group at their church for the over fifty-five crowd.  You are probably surprised to hear that couples in their eighties are interested in having sex.  It is quite possible to have a healthy sex life at any decade of life.

Darla was thrilled to learn that her vaginal dryness could be treated. She confessed that she too thought it might not be possible to be sexually active.  I recommended she start using a personal moisturizer like RepaGyn®, a hormone-free over the counter option for vaginal dryness which also promotes healing of vaginal tissue.

I also suggested that Darla and Frank use a natural silicone based lubricant during sex, as this type is typically best for the “senior” vagina.  I did remind them that if they were to bring sex toys into the bedroom that water based lubricant would be best for that kind of sex play.

After two months Darla and Frank returned (hand in hand) with a bunch of flowers for me! They felt it was appropriate as they credited my recommendations with helping her to be “deflowered” as they said. With their new found love, these newlyweds would be spending lots of time back to the bedroom… as newlyweds should!