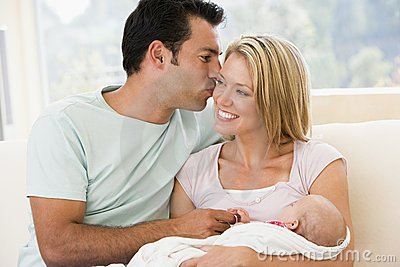 The Importance of Sex After the Babies Arrive!

With a new baby and and twin toddlers underfoot, Stacy was busier than she every dreamed she could be.  After breastfeeding the twins, getting pregnant and now having her new baby Dylan, whom she was currently breastfeeding, Stacy felt her hormones were on one heck of a ride. Her emotions were labile she realized and her fatigue level was at an all time high and she expected that too. What she did not expect was the whopping vaginal dryness she was experiencing.

Stacy presented to my clinical practice when her newborn baby was eight weeks old. At six weeks postpartum she expected that she would be able to resume sexual relations with her partner Adam. But that was not the case.  Sex was painful, incredibly painful. She described it as though her vaginal walls were made of sandpaper. She wanted to be intimate with Adam because she knew how important their relationship was and wanted to remain tight with him after the children were born.  The sexual pain was so bad she simply could not have sex.

She had heard me on the Sunday Night Sex Show on News Talk 980 CKNW talking about women being as “dry as the desert” down there. She wondered if this dryness was limited to older women or if women as young as age thirty-two could experience it.

I reassured her that no woman was immune to vaginal dryness because of the multiple reasons; the birth control pill, postpartum vaginal hormonal changes, breastfeeding etc. Additionally according to research published in the British Journal of Obstetrics and Gynaecology, 83 percent of postpartum experienced sexual problems in the three months after delivery. Stacy was having sexual problems.

She felt incredibly relieved to know that she was not alone in this. She was amazed that she had never heard about this from her midwife or prenatal instructor. I reassured her that the personal moisturizer Repagyn which is a hormone-free ovule that is inserted into the vagina would reduce the pain, restore her natural vaginal lubrication and get her back to the bedroom with Adam.