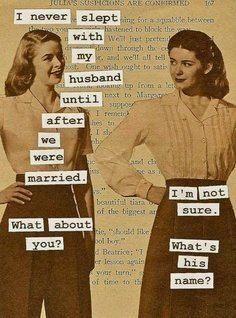 She Loved the Marriage But Not the Sex

By Maureen McGrathOctober 5, 2017No Comments

Janet,(not her real name) presented to my clinical practice two years after she made the above statement to me at an earlier visit. This time, Janet wasn’t so cavalier about her sexless marriage. She had just learned that her husband was having an affair with a woman at work.

Janet 38 and Mark (not his real name) 40 had been married ten years. Two years prior Janet came to see me for recurrent urinary tract infections. When I asked her if she was sexually active, she said she wasn’t mainly because she didn’t really like sex that much. Probing a bit further, I asked her how her husband felt about that. She gave me the same response many women in sexless marriages give me which was,”my husband is so patient.”

Janet returned to see me two years later because she found out that her husband wasn’t so patient after all. She had received emails and photos from a woman I will call Lynette who told Janet all about the affair she had been having with her husband Mark for just under two years. Janet was not only heartbroken, she felt like a complete fool. How could Mark have done this to her? How could she not have known? Hindsight is 20/20 and she realized that all of those late nights at work were ones where he wasn’t paid. She also realized the error of her ways.

She remembered that I had told her that there were risks to a sexless marriage like infidelity and she said that at the time she thought I was completely wrong and that would never happen to her. Aside from a lack of sex, Janet and Mark’s relationship was nearly perfect, she told me. They got along really well, liked the same things and were great parents together. They were the envy of their friends.

The lack of an intimate relationship between spouses after marriage is essentially true due to many factors that hinder them from having an intercourse-filled family life. There are many excuses couples make to one another. Many ignore the subject of sex. Few realize the risks until it is too late. Building a sexual relationship is essential for the success of the marriage and for the marriage to last. The question is how does a couple go about finding that balance.

Make sex as important in your relationship as anything else, including kids, in-laws and finances. Care for one another. Make time for intimacy. Take care of each other’s pleasure. Talk about sex with one another. Make sex fun. Share your fantasies. Communicate. Let your partner know when you are upset about the lack of sex in your marriage. Tell your partner what you desire, whether it is French kissing more, oral sex, blindfolds, light ties, a threesome or something else. If you make a sexual suggestion and your partner isn’t so keen, see if it is an absolute no or or whether they’ll give it consideration in the future.

Make no excuse. Sex. Is. Important. In. Marriage.

Maureen McGrath is a sexpert, women’s health expert and hosts the CKNW Sunday Night Sex Show . Maureen’s TEDx Talk on No Sex Marriage: Masturbation, Loneliness, Cheating and Shame has had close to 6 million views in one year. Sexless marriage is a thing. Maureen is the creator of the blog 50ShadesofPink.ca and has a clinical practice in North Vancouver, British Columbia where she helps many couples in sexless marriages. Maureen is also available for SKYPE consults. Contact her at her website: Back To The Bedroom For more information about Mona Lisa Touch a new novel hormone-free therapy for vaginal dryness, painful sex, low sexual desire and urinary incontinence visit Mona Lisa Touch.