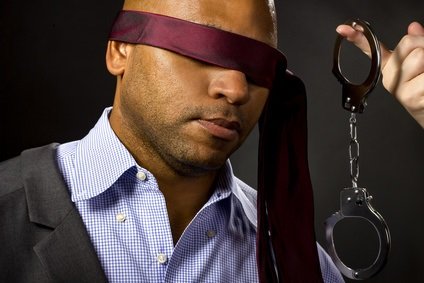 Sex Lessons From The Sexpert

By Maureen McGrathJanuary 15, 2017No Comments

Louise requested a Skype consult with me because she wanted some advice on how to turn up the heat in her bedroom. She wanted to learn some strategies, techniques on how to be a better, more exciting lover for her husband. Raised in a fairly conservative family, sex was never discussed and she was taught that it was for “bad girls.” She was told that sex was dirty and its only purpose was for procreation, never to be enjoyed.

It is these inaccurate messages and poor education (largely due to fear about reputation or potential teenage pregnancy) that set the stage for low sexual self-esteem.

Fifteen years into her marriage, she had anxiety about “performing” in the bedroom. She was nervous about letting herself go in order to thoroughly enjoy her sexual experiences and please her husband. Her husband told her on a number of occasions that he found sex to be boring and quite frankly she felt it was overrated. She was afraid she might lose her husband however because, as she put it, “she just wasn’t that good in bed.” Never was.

Add to the above she was finished with having babies and recently went on the oral contraceptive pill and now was experiencing vaginal dryness. So on top (which she never did) of everything else, sex was painful and it was taking her much longer to get aroused! Forget orgasm, she could take that much time to climax. They had tried using lubricants but needed so much, they were messy and made her feel itchy afterward.

I had my work cut out for me. First and foremost I advised that she begin to use a personal moisturizer daily for two weeks, then twice weekly for her vaginal dryness due to the oral contraceptive pill. This she would need to take as long as she was on the birth control pill.

I then recommended RepaGyn an ovule that is inserted into the vagina for vaginal dryness.  An all natural product, it contains Vitamin E and hyaluronic acid to increase moisture. This is not a messy option and also helps with itching.

Next, a few “Sex 101 lessons” from the Sexpert. Sex is to be for Louise’s enjoyment as well as her husband’s, I explained. (One could argue it’s more important). Her parents used some of the right words about sex (dirty and bad), but just in the wrong context. Sex should be fun, exciting, pleasurable and varied! Different positions are important. Louise explained she was stuck in the missionary position.

After drying off, I suggested Louise put on some sexy lingerie and head to her bed for some afternoon delight….for herself…by herself. Self-exploration is key and I suggested she explore her body, touch herself to learn what feels good, and then communicate this to her husband.

Doing this a few times during the week would help her get geared up for the big debut and beyond. She could light a few massage oil candles to be used for simultaneous massages while discussing the day’s activities later as well.

Her new-found vulnerability and starter package sex skills would put a whole new perspective on things. Louise’s other homework was to initiate sex the minute her husband walked in the door from work. She should consider blindfolding her man while she makes love to him so his other senses are heightened.

Changing positions won’t hurt either, so I suggested she own the top. With her husband blindfolded, she would have more courage to do things to him that he won’t be able to see, but will surely heighten his senses!

Should Louise choose to take my advice and kick things up a notch,  I guaranteed sex would never be overrated again and her husband will stop his complaining. I suspect these two will be getting back to the bedroom much more often.