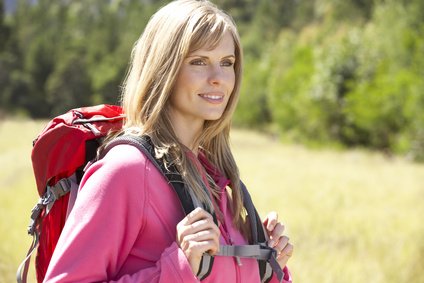 Perimenopause and the Associated Symptoms

There seems to be so much confusion and mixed messaging about perimenopause. Recently I was hiking with a group of women and one woman was giving out medical information and advice that was wildly inaccurate. At the risk of appearing rude, I did not say anything at the time and decided to write a blog post about perimenopause instead…

Perimenopause are the years leading up to the menopause. It may begin as early as a woman’s thirties but the usual time is when a woman is in her forties. Perimenopause, a time of transition and a natural occurrence occurs because the ovaries slow down its production of estrogen, a female sex hormone.

Estrogen is the hormone regulator of every organ in the bodywhich explains why menopause symptoms are many and varied. Perimenopause lasts until menopause which is the time when the ovaries stop releasing eggs.

Women may experience any one of the following symptoms during perimenopause:

I have not included irregular periods as a symptom of perimenopause because it is common and may be considered a normal aspect of perimenopause. However, if your periods are very heavy, longer than usual, or if you have blood clots, spotting between periods or after sex, you need to speak to your doctor.

Reasons for abnormal bleeding may be related to hormone problems, oral contraceptive pill, fibroids, blood clotting issues and even pregnancy. Yes, that is right, it is quite possible for a woman to get pregnant during perimenopause even though there is a decrease in fertility. This is why it is very important that a woman use reliable birth control until reaching menopause, when she has gone twelve months without a period.

Rarely is bleeding related to cancer but this is commonly a woman’s first thought when she sees blood, especially after sex. Bleeding after sex is often related to a condition known as vaginal atrophy. Vaginal dryness is the hallmark symptom of vaginal atrophy and other symptoms can include:

Helping You Through Perimenopause

Perimenopause is diagnosed based upon symptoms. Treatment is also based upon the symptoms.   There are a number of conservative and lifestyle measures a woman can take during perimenopause to make her feel better such as:

If a woman is experiencing vaginal dryness, she can pick up a hormone free vaginal moisturizer (like RepaGyn®) at her local drugstore or order it on line on my website www.backtothebedroom.ca. Treating vaginal dryness may also help with increasing sexual desire as the two are often associated.

If conservative measures are not helpful, then a visit to your doctor is warranted. For example, a professional woman may be having fifty or sixty hot flashes per day and/or not sleeping at night. Her job and quality of life is sure to be negatively effected. As another example, a woman may notice a decrease in her sex drive or may be having relationship troubles that cannot be accounted for by another reason.

Hormone therapy and/or antidepressant medications are very helpful for many women. There has been a lot of scare around hormone treatment; however, one must compare the risks vs. benefits. The Society of Obstetricians and Gynaecologists of Canada make the following recommendation when it comes to hormone therapy: the lowest dose for the shortest amount of time at the youngest age (ie. before age 60).

With accurate up to date information women in perimenopause will probably find themselves heading back to the bedroom more than ever before!