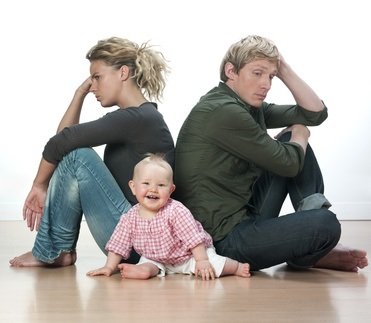 Parenting Marriage; An Alternative to Divorce

By Maureen McGrathMay 2, 2016No Comments

George, a forty something father of three, heard me speak about a parenting marriage on the Sunday Night Sex Show on Newstalk 980 CKNW.  When he presented to my office, he said, “I want to raise my children with my wife, but I want a girlfriend to0.” Then he said, “I want a parenting marriage“.  George was uber confident, loquacious, a no nonsense, tell-it-like-it-is kind of guy. He told me he was very unhappy in his marriage in part because he and his wife had unresolved conflict that was related to the household duties. He stated that although they both worked outside of the home, he felt he did the lion’s share of the housework and yard work and it was up to him to ensure dinner was on the table. On top of that it had been months since they had had sex.

Of course, I cannot take only his word for the state of affairs in their marriage and it is critical that I understand his wife’s side of the story. When I met George’s wife Lily, I could quickly see she was quite the opposite of her somewhat brazen husband.  Shy and quiet, more of an academic, she had a hard time explaining what was wrong in her marriage.  This couple personified the “opposites attract” theory.  She said she had been unhappy in her marriage for a long time mainly because she found George to be so overbearing.  She felt she could never do anything right in his eyes and basically surrendered all duties to him.  She felt George gave her precious little in terms of emotional intimacy. He never complimented her on how she looked or on anything she ever did.

Recently, they had been to a gala for his work, which is not her kind of thing, but she went for him. And all out she went. She bought a beautiful red dress, new rhinestone earrings and strappy black sexy high sandals.  When she asked him to zip up her dress, she pulled up her hair in a provocative way, but he rushed so much he broke the zipper. A quick rush for a repair prevented any gala foreplay. They were both stressed. Rushing to the event, she said to him, “you didn’t even say I looked nice.” She felt he had not even noticed her. In fact, she felt he never noticed her.  He had spoken to her about them going from a “romantic” marriage to a “parenting marriage” and she thought this might be a solution.

A parenting marriage is when a couple who has children decide to truly stay together for the children. Intimacy is off the table and there is no expectation.  Each parent is free to date other people, although this needs to be negotiated. Whether or not a couple decides to tell their children of their parenting arrangement is entirely up to the couple, but the couple may take the children’s age into account.  Before children reach adolescence, they can only think in a concrete way and therefore may blame themselves for their parent’s troubles. Adolescents can think in the abstract and may understand the concept better.  No matter what the age, it may be a comfort for children to have both of their parents still under the same roof, even if they are in separate bedrooms.

Regardless, a parenting marriage is one alternative to the traditional separation or divorce. There are benefits in that it is, of course, less costly. The downside is that it may be difficult to see your spouse back out on the dating scene if that is their intention. That seemed to be George’s intention. There is also the chance that during this time, this couple may be calmer with fewer expectations of each other.  Having put their sex life aside, there is little hope they will ever get back to the bedroom. That said, they may be able to work out their differences when cooler heads prevail and continue with what they seem to be good at; parentng their children.