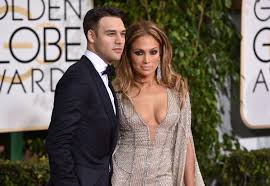 By Maureen McGrathSeptember 3, 2019No Comments

“I’ve taken a lover,” my patient beamed. It’s been so long since I have made love to a man. Properly, that is. For the past fourteen years, Sonia who was 48 years old had been in a relationship with an older man. 26 years older.

They never had penetrative sex because for the ENTIRE relationship, he refused to get help for his Erectile Dysfunction.

At 30, Sonia’s new found lover was quite a bit younger. He was only 5 years older than her daughter which initially was a turnoff for her. Sonia explained that she was wildly attracted to her contractor turned lover but she had no designs on a long term relationship. She was in it for the sex.

She told him that she wanted him to marry and have children. For her, this was a fling. It was about the sex.

There are myths that men who don’t treat their ED aren’t missing out and women don’t enjoy sex. Both simply not true.

Erectile Dysfunction is a turnoff. I hear it from many of my patients especially those new to the dating game after divorce. ED treatments are many from diet and exercise to medications, vacuum pumps, penile rings, injections, electromagnotherapy and more.

And women enjoy sex…under the right circumstances. He doesn’t have to be 18 years younger, just fascinating and fascinated. And able to get it up.

Maureen McGrath is an RN with expertise in the field of sexual health. She hosts the Sunday Night Health Show, a radio program about sex and health.