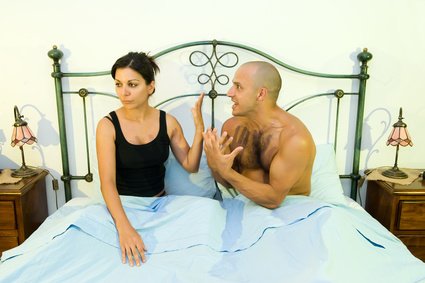 Not Having Sex In Your Marriage? Here’s A Simple Fix

The reasons for a sexless relationship are many and may begin with unresolved conflict but does not end there. Medication, body image, gender identity issues and genital mutilation are some of the reasons that may begin the dive into the abyss of the sexless marriage.

Medical conditions like Parkinson’s disease, Multiple Sclerosis, Depression, Chronic Obstructive Pulmonary Disease, Reproductive and other Cancers are some of the medical conditions that may contribute to a sexless marriage as well.

There is a little known condition called vaginal dryness or vaginal atrophy that may also lead to a less than frequent sex life because thin dry vaginal tissues lead to painful sex and ultimately low sexual desire.

So why is it important to address a sexless relationship? Again because sex is a vital part and when the sex stops so often does the intimacy, connectedness and happiness within. It is important that you discuss any medical conditions that may be affecting your sex life with your doctor.

By the same token, I firmly believe that it is incumbent upon doctors to inquire about their patient’s sex lives. After all sex & health are tied together as you will learn in my book: Sex & Health: Why Once Can’t Come Without the Other.

Some of the treatments are so simple. For example, Gynatrof is a hormone-free personal moisturizer that works to restores moisture in a woman’s vagina that may become dry due to menopause, hormones, cancer, pregnancy, breastfeeding or stress. It is a simple fix. It is easily absorbed by the vaginal tissues and helps to restore a women’s sense of self and vitality.

If we keep in mind the importance of sex, and de-shroud the associated shame, we can more often get the treatment needed to live healthier fulfilled lives.