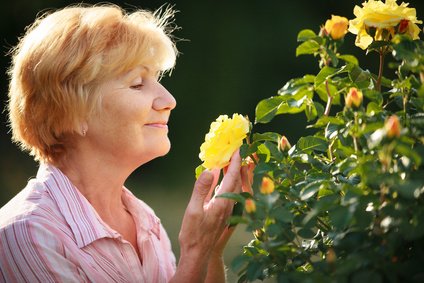 My Blooming “Flower” For My Budding Relationship

By Maureen McGrathJuly 13, 2015No Comments

Betty is a 65 year old bark eating, tree hugging, back to nature kind of gal who finds food scrapping a sport and has a college degree in composting. She called me about her “flower garden.” I, on the other hand, am missing a green thumb and mistakenly thought my garburator qualified me for energy tax credits. Wrong. Well, I have learned much about the garden from Betty, but whatever could I teach her?

Betty was not referring to the traditional flower garden but rather her own personal garden. She was not nervous in the least when she proclaimed, “My flower must bloom once again as there is a new man in my life.” Needless to say, I (the sexpert) was delighted to hear her news! The problem was, however, that her patch (vagina) was dry and her doctor had prescribed a localized vaginal estrogen cream that contained horse urine and she emphatically stated this was not something she felt comfortable using so her flower garden would bloom once again.

She wondered if there was something more natural, something she could perhaps find in her kitchen that would moisten the petals and lubricate the libernum. She had heard that I was a bit of a “vagina whisperer” and was really hoping I could help.

We discussed some of the food items many women use and find helpful in the short term such as olive oil and/or the widely popular coconut oil. But I pointed out that these are oils which may impact a condom’s integrity, important given the sharp rise in sexually transmitted infections in the over-50 crowd. Also, there is no scientific evidence to support the effectiveness of these options. That said, many women use them and are helped by them and that is what counts.

My concern about coconut oil is the risk of yeast infections given the high sugar content. Also they may not work for women who have the condition known as vaginal atrophy, where the estrogen has decreased in the urogenital tract affecting both bladder health and vaginal health. As it turns out, Betty’s flower was a weeping willow; not only did she have a thin watery discharge, but she also had leakage of urine, two common symptoms of vaginal atrophy.

We discussed a tablet form of estrogen as well as a ring that is inserted into the vagina that slowly releases estrogen over a three-month period, in addition to discussing another available cream that does not contain the urine of a mare.

Flowers are important to women but I find that we don’t discuss our garden until it begins to wilt or the flower dies. Vaginal health and sexual health remain to be such taboo subjects. I am very pleased that Betty and I were able to chat over the garden fence about her flowers to help her get back to the bedroom.