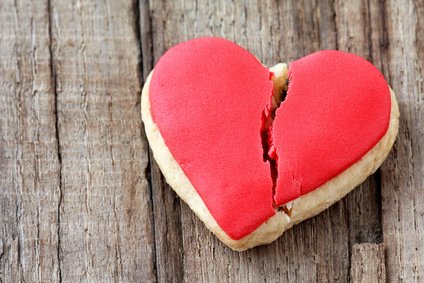 Lucinda’s Story: What Becomes of the Broken Hearted

Lucinda was quite content and nicely settled in her year-long relationship with John. Cohabitating, they got along well and had great sex – what more could she want? She was physically and emotionally attracted to John and felt that he was the man with whom she would continue to build her life with… until Alex came along, that is. To her chagrin, a girls’ ski weekend in the mountains would change everything.

Alex was a friend of a friend (Jane), and when Lucinda laid eyes on him she felt an instant attraction. Alex joined the ladies after dinner for a few drinks and that is when the heat really turned up on this chance meeting of two would-be lovers. Lucinda found Alex funny and fascinating. He had a mop of dirty blonde curls atop his head, downcast green eyes, and a crooked smile. He wasn’t really in that great of physical shape. She could not account for this intense physical attraction.

When her friends went to bed, Lucinda and Alex stayed up chatting until they hit the hot tub.  In the hot tub, the chatter turned to caressing, then kissing, then the release of the wonderful endorphins associated with making passionate love. Lucinda was forever changed. Since the ill-fated ski trip, she had conversed via text with Alex a few times, but could not seem to get him out of her mind. When Lucinda presented to my office she was a menagerie of emotion. Confused, nervous, and heartbroken she could not believe the result of her tryst. A romantic at heart but practical too, I could palpate her pain.

When women make love, the hormone oxytocin is released and the bonding hormone fuels the desire to cuddle after lovemaking. When men orgasm the key hormone released is dopamine, which accounts for a surge of pleasure for them. I could not help but think of these two hormonal differences when men and women make love, and I was not surprised that Lucinda would be the one hurt in this situation. I then thought of Alex and wondered if he could not get Lucinda off of his mind. Biologically speaking, I had my doubts.

Lucinda had much to consider, one of which was her betrayal towards John (who she seemed to have forgotten in light of the recent events). Lucinda would need to assess her current relationship and assess what was missing. Did Alex feel that same way? If she had Alex on her mind, she would be checking out of her relationship with John.  Lucinda chose to end her relationship and pursue Alex but, as it turns out, Alex had different ideas after all.  Although he said he was very attracted to Lucinda and thoroughly enjoyed their night of iniquity, he was well on his way to building a life with his girlfriend, Veronica, a medical student who he was very much in love with. Needless to say, Lucinda was heartbroken.

Women and men cheat for different reasons and both Lucinda and Alex were textbook cases. Women often cheat because they are bored, whereas men cheat because they are emotionally dissatisfied and underappreciated. Understanding neurochemistry and biology may have prevented Lucinda’s heartbreak. Perhaps she should be the one to go to medical school to learn how to avoid a broken heart and get her mind, heart and body back to the bedroom.