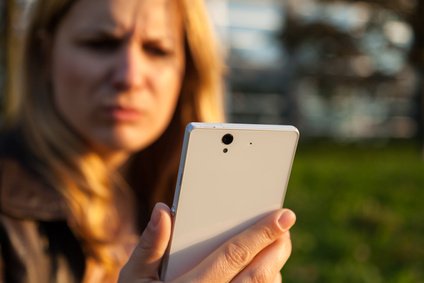 By Maureen McGrathFebruary 27, 2015No Comments

Joanna, who was in her forties, was  married to her husband, Caleb, for seventeen years when she entered my clinic after discovering Caleb had been communicating in a sexual way with another woman online – I will call this woman, “R”. Admittedly, life had become hectic between four children, two jobs, and aging parents. Joanna had to confess that sex was infrequent over the past couple of years and had been completely put on the back burner in recent months. Regardless, as one might expect, Joanna was stunned to learn that her husband, a pillar in their community and a family man of high integrity, had been sending messages of a sexual nature to a woman over the past several months.

Through email and text messages, Caleb told “R” that he was single, very sexual and a veritable rock star in the bedroom. In addition to exchanging photos, Caleb sent flirty, intimate messages, begged “R” to go out with him repeatedly, and made reference to her tongue ring. Joanna and Caleb had not discussed their arid sex life or her dwindling sexual desire – Joanna assumed that Caleb was not bothered. She now had evidence to the contrary and felt that she needed to take action.

Discovering that another woman was interested in her man, Joanna’s sexual desire increased. According to research, this is not uncommon. A strategist by training, Joanna knew her first strike would have to be severe enough to end this affair. So… she sent “R” a message of her own. Carefully crafted, she let “R” know that Caleb was her husband and his intention was never to meet her alone; she told “R” that she and her husband were both looking forward to meeting her in hopes that the three of them might engage in a ménage a trois, as this was her fantasy that Caleb was more than willing to oblige. I had my doubts that “R” would fall for that and chuckled to myself at Joanna’s creativity.

In her heart, Joanna excused Caleb believing that her husband must have been very “stressed out” to have done something like this and she hoped against hope they had never met but at the same time did not want to know. Knowing that something physical had ensued, she felt, would have made it MUCH more difficult for her to overcome. It is counterintuitive, but an emotional affair is in many ways worse than a sexual one (and often more difficult from which to recover). Only Caleb knew the degree of his indiscretion. However, his behavior was akin to a chronic cheater and I suspected that he had been doing this for a long time; he was perhaps getting sloppy with his escapades, given the protracted period of time he spent on his (very likely) highly arousing “sexting” emotional affair with “R.”

Confident that her message to “R” would have ended any future exchanges (I had my doubts about this), Joanna decided not to discuss her discovery with Caleb. That said, it was a wake-up call for Joanna that she needed to put her sex life back on the front burner. Getting back to the bedroom with Caleb was just what the doctor ordered, she thought.

I imagine that I will be seeing Joanna again…