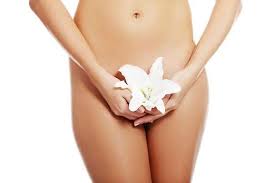 When I arrived at the beach early one morning this week for my daily dolphin dive, I announced to my swim mates that I was so happy because I was having my hedge trimmed that day. My friend replied, “so am I!” Not that hedge, I said, my 175 foot long, 22 ft high, 14 foot wide laurel hedge.

Naturally this conversation took a muff dive as we discussed “to trim or not to trim”…….the bush vs. the hedge.

There are a few different ways to smooth things over down there…..shaving, waxing, plucking (Ouch!) laser therapy, trimming and the less popular but also less risky, depilatory (hair removal) creams. Shaving is the most common way to clear the runway, however it may irritate and inflame the hair follicles potentially leaving open wounds, a conduit for infection.

According to a study in the American Journal of Obstetrics and Gynaecology, 60 percent of women had at least one health complication incurred from pubic hair removal, typically epidermal abrasion (invisible cuts to the skin), laceration, rashes and ingrown hairs. It was also shown to cause severe skin irritation and infections. The lesson here? Ladybits need tender loving care.

Waxing one’s way back to pre-pubesecent wonder is efficient but hurts like heck! Worse than that, there is evidence that it is dangerous and women are at risk of boils and sexually transmitted infections. Just ask Emily Gibson, director of the health centre at Western Washington University who launched an appeal to put a stop to the trend of pubic hair removal because of these risks.

Laser removal is growing in popularity and is now offered by technicians in medi spas rather than physicians. Know that your ladybits are at risk of being burned, ladies. Lawsuits claimed against non-physician operators increased by 78% over a one year period according to one recent study.

Hair removal creams contain chemicals however do appear to be less irritating if you can bear the scent which has improved over the years. Don’t be in a hurry to bare all. Ensure that anyone who goes at it with a wand, wax or any other device is trained in the procedure and also in dealing with your skin type.

To trim or not to trim? That is the question and may be the answer too. Ladies, you can still have that sought after neatness without baring it all. Tidy things up “down there” by trimming instead of a full hair removal as it will ensure your hair follicles remain intact. If you decide to shave, then, take your time and use proper shaving products.

So why would a woman be so happy to remove her hedge when pubic hair is there to “absorb moisture and drain it away from areas that aren’t exposed?” If there’s no hair, the skin is more vulnerable to sexually transmitted infections like herpes and genital warts which can be passed onto one’s partner.

So I scratch my head when I hear that a full bush is a deal breaker for many men who prefer that smooth pre-adolescent Barbie doll look. Many women derive a great deal of pleasure from oral sex so they often succumb (submit?) to this particular male grooming request. 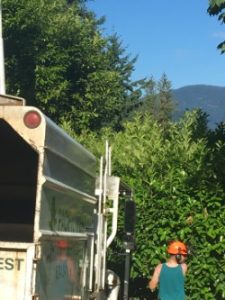 An entire generation of women believe there is something gross and downright wrong about a woman with a bush. This belief may have its roots in pornography. Even pubic hair goes grey, another popular reason for “Edward Scissorhanding” the hedge. There are dyes for pubic hair, but that’s another blog. Still some women find the clean shaven look empowering, one way to exhibit feminine power. Talk about the feminine mystique.

Fashion trends come and go and the clean shaven look is just that, in for now, out before you know it.

Maureen McGrath is a women’s health expert and hosts the Sunday Night Sex Show on News Talk 980 CKNW. She is creator of the blog 50ShadesofPink.ca and has a clinical practice in North Vancouver, British Columbia. She’s thrilled with her hedge trimming.