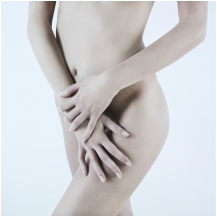 By Maureen McGrathFebruary 24, 2017No Comments

People often wonder exactly what types of patients I see as a Registered Nurse in Sexual Health in my clinical practice. One could argue that I see patients, male and/or female who require sexual health education. Because sex is so taboo, most people are lacking in understanding and knowledge.

One such type of education that I provide routinely is about sexual response, especially the female sexual response cycle. If a woman doesn’t understand the basic function of sex she will not necessarily know when something is wrong.

I find I am teaching the female sexual response cycle to women who present with vaginal dryness or dyspareunia (painful sex), arousal concerns and anorgasmia, to name a few. You are probably wondering by now just exactly what is the female sexual response cycle. There are a few different ways to regard the cycle but probably the most well known is the linear model, the one popularized by Masters and Johnson in their sex laboratory in the 1950’s.

The linear model of the sexual response cycle begins with sexual desire (that feeling when a woman wants to have sex with someone else) and moves to the arousal or the excitement phase, which is when the genitalia engorges, and a woman becomes lubricated. As the feelings and sensations intensify, a woman plateaus as that intense pleasure is sustained. She then moves on to experience the orgasm, the pinnacle of pleasure in the cycle and a time when the muscles of the pelvic floor tighten as she experiences repetitive muscle contractions.

There is also psycho-bio-social model known as a responsive desire as described by Dr. Rosemary Basson also, which although was initially thought to benefit women who had had reproductive cancers, also speaks to women who have not. The bottom line is that one cannot expect the same level of sexual desire for another person as time goes by; hello to the long term relationship. Although a woman many not feel like “doing it” so to speak because of fatigue for example, when she does engage, she enjoys the other aspects of the sexual response cycle and wants to remain being “sexual” with that person. She responds to the sexual act, hence the term “responsive” desire.

When women present to my clinical practice, often times it is for painful sex due to any one of a number of reasons, pregnancy, oral contraceptive pill, postpartum, peri-menopause and/or menopause because of low estrogen levels in the vagina, the hormone regulator of the vagina which maintains lubrication. Many women find that they are not becoming lubricated during the arousal or excitement phase.

For these women I recommend Gynatrof, nightly for one week and then twice weekly, a non-hormonal over the counter personal moisturizer and lubricant. This Health Canada approved product is great to restore balance to a women’s vagina and increase it’s moisture, promote lubrication. The hyaluronic acid repairs tissues that have thinned due to low estrogen levels in the vagina and the Vitamin E keeps vaginal tissues youthful and supple, thereby rendering sex painless which is what it is supposed to be.

The added beauty of Gynatrof is that it can be used a a lubricant during sex to ensure that women experience a healthy sexual response and the great pleasure she deserves! With Gynatrof, a woman can treat her vaginal dryness and/or sexual pain without the need for a prescription. Gynatrof is available at all London Drug stores.