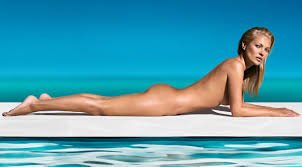 Getting Your Sexy Back With Gynatrof For Vaginal or Sexual Pain

By Maureen McGrathApril 20, 2017No Comments

Angela presented to my clinical practice in severe distress. She had been suffering with vaginal and sexual pain for a decade. She had been improperly diagnosed with vaginismus which is when a woman’s vagina’s muscles spasm when something is entering it, like a tampon or a penis. It can be mildly uncomfortable or quite painful. Angela didn’t have vaginismus. Angela had something else.

Angela’s relationship was also suffering as she was no longer able to make love to her husband because sex was so painful. This was impacting him and he had turned to pornography which made her feel even less desirable. Angela had been to several doctors and physiotherapists to no avail. One specialist a uro-gynaecologist didn’t even examine her vagina when she went to see him. Angela was in despair.

Angela described her vaginal pain as though knives were cutting her on the inside. She also had burning and occasional itching. When I examined Angela, I noted that her vaginal tissues were pale, thin and red. All of these were signs of Genitourinary Syndrome of Menopause (GSM). GSM was previously called vaginal atrophy or vulvovaginal atrophy. The symptoms described by Angela in addition to the results of my examination confirmed a diagnosis of GSM.

I suggested Angela return to her own doctor with my letter outlining her diagnosis and my pronged approach for treatment of GSM which included:

1. Low dose localized estrogen therapy (by prescription)
2. Gynatrof a hormone-free personal moisturizer (available over the counter)
3. Vaginal dilators once her vagina healed after using the above for 2 months
4. Slow return to penetrative sex with her husband

Angela’s doctor agreed with my recommendations fortunately. He gave Angela a prescription for a low dose localized estrogen and I gave her some samples of Gynatrof. After two weeks nightly of the estrogen that was to be insert into her vagina, I advised Angela to take estrogen twice weekly on a Monday and Thursday and Gynatrof twice weekly on a Tuesday and Saturday.

Angela was compliant with my recommendations and returned to my office after two months as that is how long this treatment takes to optimize. No longer Angela she suffer vaginal pain. Her vagina was now well lubricated and she was ready to use the dilators and begin to have sex with her husband once again! She was delighted and excited which is a good thing because guys love enthusiastic lovers.

I suggested Angela begin using the smallest dilator and gradually increase every two weeks to the next size. I also suggested she begin to be intimate again with her husband and to start with fondling and have him pleasure her using his hand and/or tongue or both. Then they could slowly return to penetrative sex starting with him using his finger slowly and then advance to inserting his penis.

Since Gynatrof is a lubricant as well as a personal moisturizer, I suggested she use Gynatrof during sex. She was so grateful because she now felt so lubricated with the addition of Gynatrof. She felt Gynatrof was so helpful as she and her husband returned to to their previously intimate life. Gynatrof once again was a critical component to treating vaginal and sexual pain. Angela had her sexy back! One more marriage saved by Dr. Love with a little help from Gynatrof.