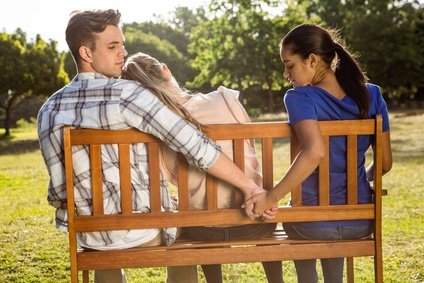 CAN THIS LOVE AFFAIR BE SAVED?

Both Duncan and Lizzy professed their love for one another and agreed that their sex life was incredible. However, both were suffering since the breakup of their marriages. Duncan, whose wife died in a car accident shortly after his marriage ended was confused because in spite of his love for Lizzy, he found himself secretly grieving the loss of his wife and he was burdened with guilt.

Duncan was also having a sexual health problem. He experienced orgasm, but was unable to ejaculate (this is known as anejaculation). The reason for this can be psychological or physical, but in this case Lizzy blamed his lack of full commitment to her, not realizing that a physical problem could be the cause.

Orgasmic Anejaculation (which is what Duncan described) is when men reach and experience orgasm but do not ejaculate, either because there is failure of emission of semen (due to a block in the tubes or damage to the nerves) or because semen flows back into the bladder due to bladder neck weakness (retrograde ejaculation). Although this may be rooted in psychology, a physical cause should be ruled out so I suggested to Duncan that he make an appointment with his family doctor.

Lizzy, a busy 35 year old mother of four had only recently learned that she had been adopted as a child and that she had three biological siblings who wanted nothing to do with her. This was overwhelming for her and sent her into a depression. Thinking Duncan was not committed to her prompted Lizzy to devise a so-called “Plan B” and she had been emailing and texting other men just in case things with him went sour, a phenomenon not all that uncommon for women.

The sudden loss of Duncan’s wife in spite of a sexless marriage that he described as chronically unhappy remains a significant loss for him. Processing this through denial, anger, sadness, bargaining and acceptance were emotions Duncan would have to experience for healing to take place.

There are many steps that Duncan and Lizzy will need to take individually and collectively in an effort for their love affair to transform into a committed and healthy relationship. Stay tuned to the CKNW Sunday Night Sex Show as I help them get back to the bedroom over the coming weeks.

The Ashley Madison concept is difficult to grasp. Please see the link below where I try to explain it during a recent presentation.