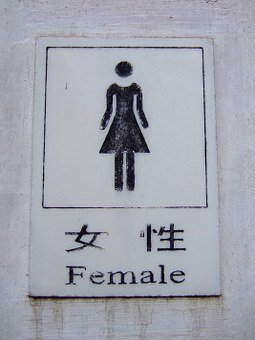 By Maureen McGrathJuly 2, 2016No Comments

Lucy was a thiry-five year old woman who presented to my clinical practice because of leakage of urine.  She was very distressed by this as she found not only was she leaking urine during physical activities, she was losing large amounts of urine for no apparent reason and worst of all she leaked urine at orgasm and ended up with low sexual desire.  It seemed like Lucy had what I would call a “mixed picture” in terms of her bladder diagnosis. She was demonstrating symptoms of both stress urinary incontinence (SUI) and urge urinary incontinence (UUI).

SUI is leakage of small amounts of urine with increased abdominal pressure like coughing or sneezing but it may also occur at orgasm even exclusively. UUI is leakage of larger amounts of urine with an urgent desire to pass urine. Sometimes you may leak urine before getting to the toilet. It is usually due to an overactive bladder. Treatment with bladder retraining and lifestyle modifications and/or medication often cures the problem.

It is best to treat the urge first prior to the stress in the face of a mixed picture. Often the urgency is worse than the SUI.  Lucy confirmed this and found the urge far more distressing than the SUI. That said, both stressed her out mainly because she had just met a new guy, an author, to whom she was quite sexually attracted.  She was also extremely embarrassed trying to hide her bladder woes from him.

Although it may seem counterintuitive, I suggested that Lucy increase her water based fluids such as water, milk and herbal tea to 6-8 cups per day to be distributed evenly throughout the day and consumed before 7 pm. Dilute urine is less irritating to the bladder than concentrated urine is which happens when a person restricts their fluid intake.

I then suggested a little bladder retraining for Lucy which involved teaching her the proper way to do Pelvic Floor Muscle Exercises (PFM) which would help with her SUI.  She was a quick study and learned easily that the correct muscle to isolate is the rectal muscle, the muscle that prevents you from passing gas.  I also gave Lucy a “Bladder Irritant” list and asked her to refrain from any of those she was consuming.  She was having lots of citrus, chocolate, caffeine and some alcohol.

Lucy was willing to do anything to help herself as her bladder issues were getting her down. Lucy told me that just prior to all of this she had a urinary tract infection, a common precedent to overactive bladder (OAB) at least. She had never had children but a woman does not need to have had children to experience SUI.

Given the severity of Lucy’s symptoms, in my letter to her doctor I suggested that to help her out immediately, he may prescribe medication such as an anticholinergic to coincide with the lifestyle measures I had prescribed.

Within four weeks, Lucy’s bladder woes were a thing of the past.  The medication calmed her bladder down within a few days and her lifestyle strategies gave her more control. The Pelvic Floor Muscle exercises helped with her SUI.  She now felt like a new woman with a new man ready to get back to the bedroom.