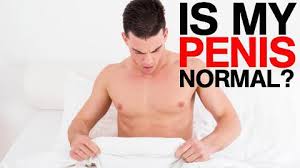 Bent Out Of Shape? Not Me. Is My Penis Normal?

By Maureen McGrathMay 15, 2017No Comments

He lured me in tugging on my heart strings under the guise of asking for help. Dear Sexpert, “May I ask you one question please?”, he messaged me on LinkedIn. Sure, but keep in mind one question may lead to more time required to provide an answer. If it is too complex, I told him, he may want to book either an appointment in my office or on Skype.

Honestly, I don’t get bent out of shape but please don’t send me your D-pic unless you want a diagnosis. Yawn. This isn’t the first D-pic I’ve received nor the last, I imagine. That’s not an invitation. In my clinical practice, I’ve seen red ones, small ones, floppy ones and dangly ones, big ones, skinny ones, bent ones and brown ones. Wrinkly ones, erect ones and yes even big ones have all found their way to my inbox.

In a recent study of 534 men, 8.9% had a palpable penile plaque which causes a bend in the penis during an erection. A bend in the penis is the hallmark symptom of Peyronie’s Disease which is an acquired inflammatory condition where the development of fibrous scar tissue inside the penis causes curved (bent) painful erections. A penis can bend in an upward direction or to the side. The bend is only noticed when the penis is erect much like the pain which is typically mild. 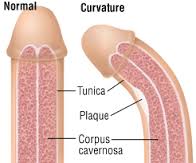 Peyronie’s Disease is thought to be the result of trauma to the penis from a blow (not that kind) or during rough sex. It also causes trauma to the mind as many men are too embarrassed to get the help they need. It may have a genetic component. Diagnosis usually is made through an ultrasound of the penis, unless you are hell bent on sending me a D-pic.

If after 1-2 years, your Peyronie’s doesn’t resolve on its own, medication by mouth or injection into the scar tissue may be in order. Surgery to remove the plaque and insert a tissue graft is considered only for men who are unable to have sex due to their Peyronie’s. The Nesbitt procedure removes tissue opposite of the scar tissue to straighten the bend.

These surgeries aren’t 100 percent effective as many men end up with erection problems not to mention the Nesbit procedure typically shortens the erect penis.

A penile implant or a rod is done for those men whose Peyronie’s disease has progressed to a flaccid penis. This is serious. So, bend your doctor’s ear if you notice a bend down there.

That’s my bent on Peyronie’s Disease. Thank you for your D-pics. I’ve learned a lot and hopefully you have too.

Maureen McGrath hosts the CKNW Sunday Night Sex Show on News Talk 980 is an avid blogger and an ardent feminist who shaves her legs and under her arms. Her favourite pastime aside from the obvious is hunting for truffle while riding wild boar in enchanted forests. Her TEDx talk has had over 3 million views. She is in private practice in North Vancouver and author of the book: Sex & Health: Why One Can’t Come Without The Other. She is Executive Director of the Women’s Health Initiative Network.