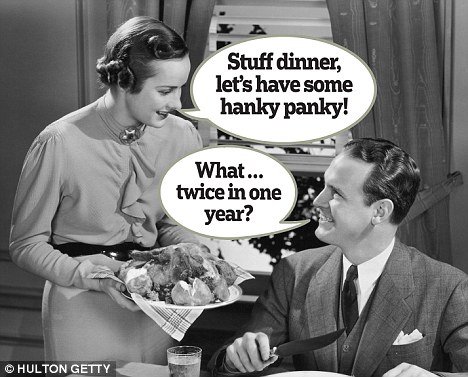 Are You Getting The Sex You Deserve In Your Marriage?

By Maureen McGrathApril 12, 2017No Comments

Married couples today are connected to everything except each other. Smart phones, iPads and computers have replaced candlelight, lingerie and a lock on the bedroom doors of so many. According to a survey done by Newsweek, 20 percent of couples have sex no more than 10 times a year, which experts define as a sexless marriage. The sexless marriage is a common problem in couples today, but it has skyrocketed amongst those one might least expect – the young and the restless.

Young married couples are busier than ever, working long hours to get ahead and service astronomical debt. Add children to the mix and the pressures drastically increase leading to stress, sleep deprivation and exhaustion. The mounting pressures of raising children where family may be far away include everything from perfect party planning to play dates to early lineups ensuring junior a position at a prestigious preschool.

Sex starved marriages are certainly not limited to the young. Couples of all ages may find themselves in a union that meets infrequently beneath the sheets. The novelty of a new relationship means the frequency of sex may be quite high but as the couple settles into life and routines, the sex can become, well, let’s say a little..…hum drum. The old “you again” scenario. In fact, being in a long-term relationship may lead to boredom in the bedroom, another common reason for infrequent sex amongst many couples. And women report more boredom than their male counterparts according to research.

Sexless marriages don’t happen overnight and stem from a variety of reasons. Surprisingly, the love may be there for the sex starved couple, but the flame has flickered and the light has all but gone out. Low sexual desire, more common in women than men, is a notorious reason for a less than lacklustre love life. And the number one reason for low sexual desire? Fatigue.

Sally, a mother of three and the principal breadwinner of the family, says that day after day of dealing with her three children, her high stress job as a marketing director and mounting financial debt associated with a house move just before her husband lost his job leaves her exhausted at the end of each day, and the last thing on her mind is sex. “It has been more than a year since she’s had sex with her husband,” she bemoans but claims not to be as bothered as her husband. Lack of sex in a relationship is dangerous and is a leading cause of infidelity and breakups.

Medical conditions like depression or anxiety account for a number of sex-starved marriages. Vaginal dryness is another common cause easily treated by personal moisturizers like Gynatrof, a hormone-free over the counter all natural product. Anger, irritability or a general negative outlook may, in fact mask depression. Jealousy, resentment and loss of self-esteem have an impact on what goes on, or not, in the bedroom as well.

Realizing the importance of intimacy in a relationship is the first step in healing a sexless marriage. The benefits of sex include the release of endorphins, the “feel good hormone”, which may aid sleep, reduce pain and improve mood. So before you head out to buy twin beds, try to heal your sexual woes by understanding the root cause of your problem. If finances are the issue, downsize, set a budget or live within your means. Successfully tackling any problem together promotes intimacy, which may increase sexual desire.

Make your bedroom your oasis, a sanctuary for sex. Choose a long wet kiss over an obligatory peck. Try morning sex after a good nights’ sleep. Cortisol levels are highest in the morning, so you will have more energy to do it. Experiment. Try tantric sex, the ancient Hindu practice, a slow form of meditative sex that not only bonds but also creates a mind-body connection that leads to more powerful orgasms.

Couples need to make their relationship a priority in their lives. If that means scheduling sex, then get out your iPhone and add it to your calendar. But for heaven’s sake, don’t bring it back into the bedroom.

Maureen McGrath hosts the Sunday Night Sex Show on News Talk 980 CKNW. Her TEDx talk on the Sexless Marriage has had over 2.2 million views. She is in private practice in North Vancouver, BC. She is author of the book: Sex & Health:Why One Can’t Come Without The Other. She is Executive Director of the Women’s Health Initiative Network.